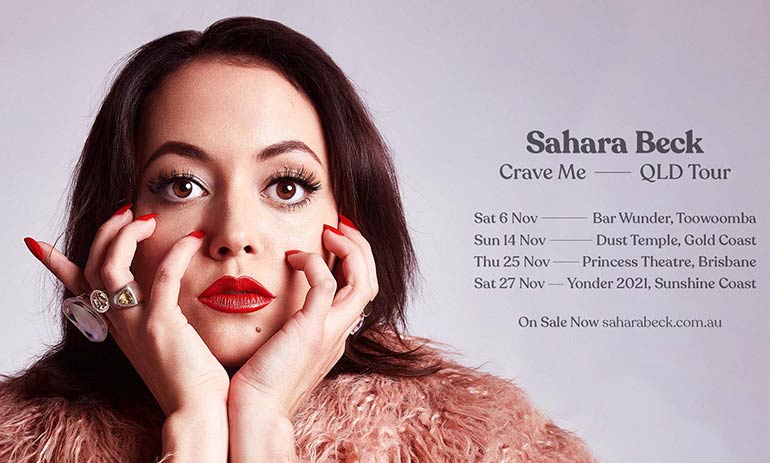 “Add Sahara to your growing list of badass pop futurists”

“ ..she’s re-introduced us to herself in an utterly electrifying way”

Hailing from the Sunshine Coast, Sahara Beck has earned a reputation as an arresting performer with a voice like no other.

She has toured with the likes of The Rubens, Bishop Briggs and Ball Park Music and graced Festival stages such Blues Fest, The Falls Music & Arts Festival, Adelaide Fringe and Woodford Folk Festival.

She has won numerous Qld Music Awards and recently won the Carol Lloyd Award  –  affording Sahara the opportunity to record an album with Konstantin Kersting, which she looks forward to releasing in the not too distant future.

This error message is only visible to WordPress admins