“She has heart this girl and a bit of torture driving it… A premium artist finding new ways to separate herself.”  – Sydney Morning Herald

“Her self-assurance oozes through her soaring vocals and intimate lyrics.” – Purple Sneakers

“A welcome blast of art pop brimming with attitude and swagger.” – The AU Review

Brisbane bombshell Sahara Beck is back with a blast in her brand-new single, ‘Don’t Overthink It,’ out now via Dew Process records.

Produced by ARIA Award-nominated partner-in-crime Tony Buchen (Mansionair, Courtney Barnett, Montaigne), the tune offers an adrenalised shot of art-pop, chased down with Sahara’s trademark sass and swagger. Hurtling along on its glistening guitar groove and undeniable beat, it’s already proven to be a crowd favourite at shows.

“When I perform this song live, I can feel the audience moving with me,” Beck says with a smile. “It’s a great way to start my set!”

Always one to wear her heart on her (record) sleeve, ‘Don’t Overthink It’ sees Sahara diving into some lyrical therapy as she wrestles with her relationships and her racing mind. “I fucked too much, I played too many games,” she sings in the first verse, never afraid to pull punches.

“I always overthink everything, which is a benefit for my music and lyrics but not my mental health,” reveals Sahara. “I wrote this song when I realised I was getting swept away with a crush… I fall in love so easily and tend to become so obsessed in my head that it distracts me from everything else that’s important.”

Instead, in this “dramatic love letter”, she vows to keep some of that headspace for herself. To keep her on course, she even made the song’s chorus – “Don’t overthink it, just love every moment of it… Don’t give them everything, just give them enough” – her phone wallpaper for six months.

Overthinking often extends to her music too, and Sahara’s worked hard to kill her inner critic. “Every time I release a song, there’s a fear of being laughed at and wanting to give up in the last moment, which is why I wrote that line’ Don’t be a quitter, deliver, show them your power’.”

That resolve has certainly paid off. When it comes to ‘loving every moment’, Sahara’s definitely had her share of them lately. In the last 12 months, she’s won a QLD Music Award, the Carol Lloyd Award and took home third prize in the coveted Vanda & Young International Songwriting Competition.

And most excitedly, there’s plenty more music to come. Last December, she returned to Los Angeles to reunite with Tony Buchen and hone her craft at his Kingsized Soundlabs studio. They first collaborated in 2017 and the connection was so strong, Sahara couldn’t wait to get back.

“I spent two years throwing my heart and soul into these songs and my instinct was that Tony could help me take these songs to a place I’d only been dreaming of,” she says about her studio buddy. “I like how much he pushed me every day – more than anyone had before – and he got me to sing in ways I didn’t know I could.”

It’s an inspiring evolution for a girl who wrote her first song at 12 and an exciting new page in a CV that already includes one album to date, two EPs, coveted festival appearances at Bluesfest, Bigsound and The Falls Music & Arts Festival, plus support slots with Bishop Briggs, Kim Churchill and Paul Kelly.

An impressive list, and one that’s bound to grow exponentially off the back of her latest single. Don’t overthink it. Just play it, feel it and enjoy it.

‘Don’t Overthink It’ is available now via Dew Process. 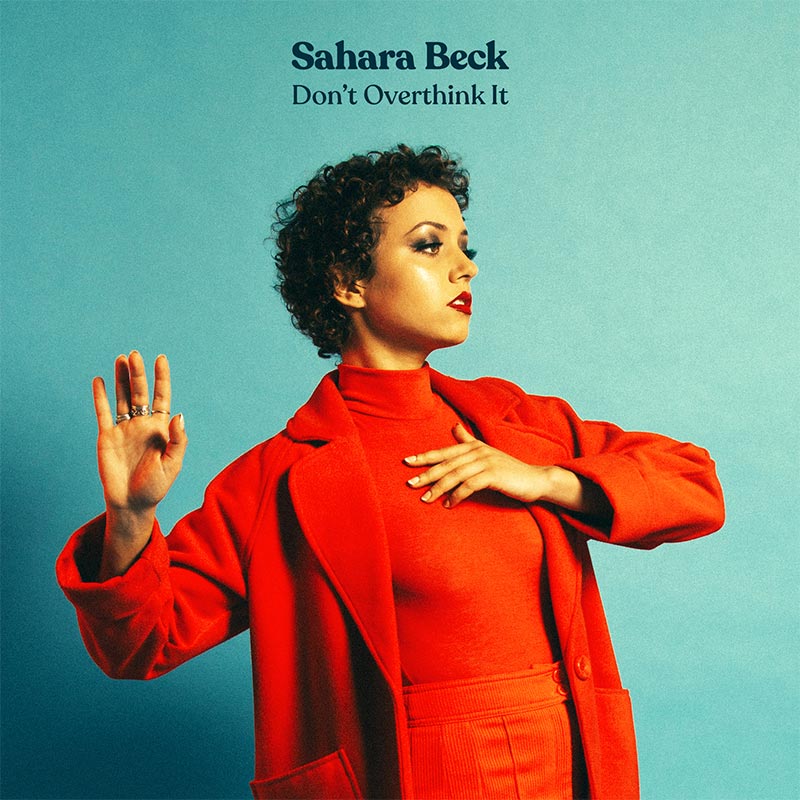